It's been a while since I took time to write. There's a lot going on at work and the amount of free time I get just seems to get smaller and smaller. Or maybe it's just that time goes by much faster when we're having fun? Probably! For the last few weeks I've been working on a little mmo. I'm not sure why I got started doing it, but all I know is that I made good progress. It's the first time I'm writing a game, and it's definitely a journey. There's a lot to think about, and it's hard to not get lost in little details. It's also very rewarding to build a little world. So hey, let me tell you about how that little game is going. 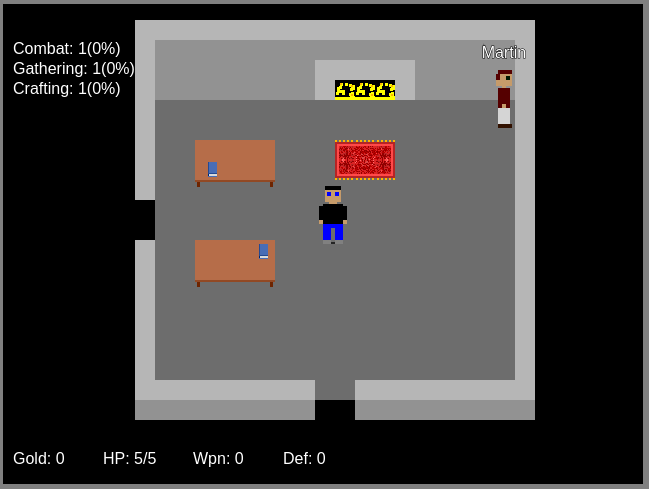 We start in an outpost. There's not much currently there except for fire crackling and a person named Martin. We can speak to him, well, sort of. He understands if we say "hi" or "help". In that outpost, there's a shop and a shopkeeper we can buy and sell items to. More importantly, there's a door to go out. 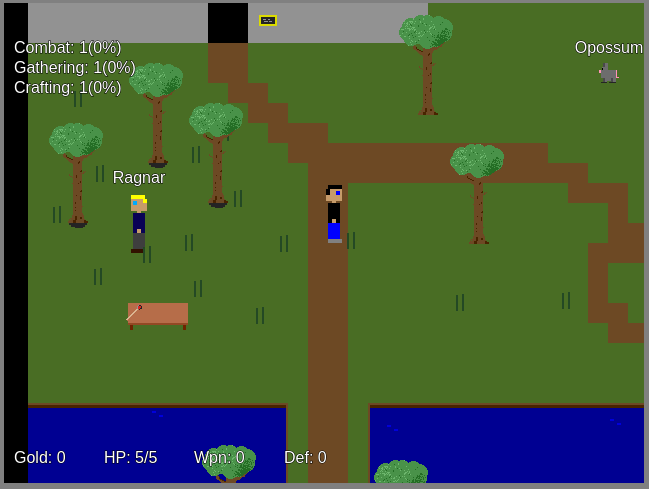 This game won't be set in the Midnight/Nightfall City universe. The types of mmo I enjoy are medieval/sword and shield type of games, which wouldn't fit. While there's not much done around the story yet, that's what the outside of the outpost looks like! As you can see, there are trees that you can cut, there are fish that you can fish. 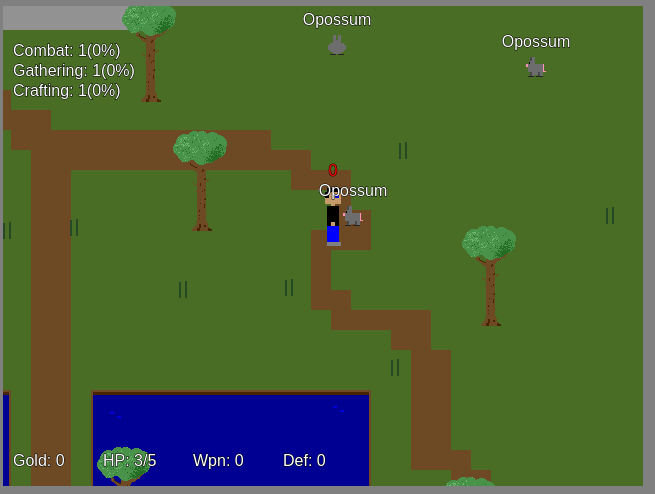 Yes, there are even opossums! Oh and cows too. Cows drop leather hide that we can use to craft leather armor, which can be very useful when taking a tour to the Thief's lair... 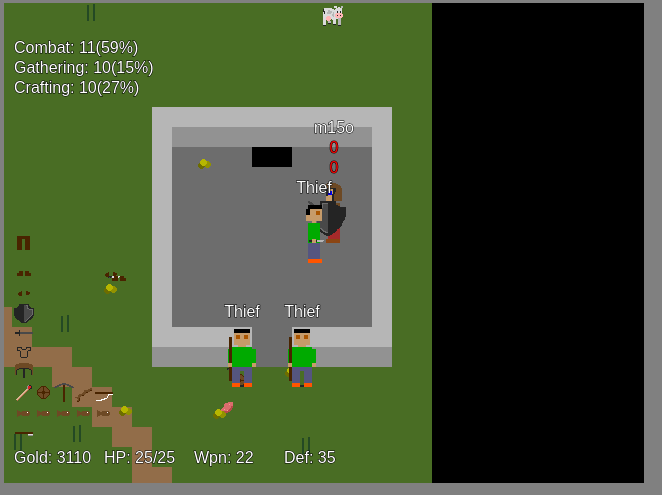 Thiefs are bad people, so we can go there and fight them. I'd suggest getting some xp from killing cows and opossum first, because they can hurt quite a lot. Diving in their lair, there are even stronger Thiefs, the Rogues. 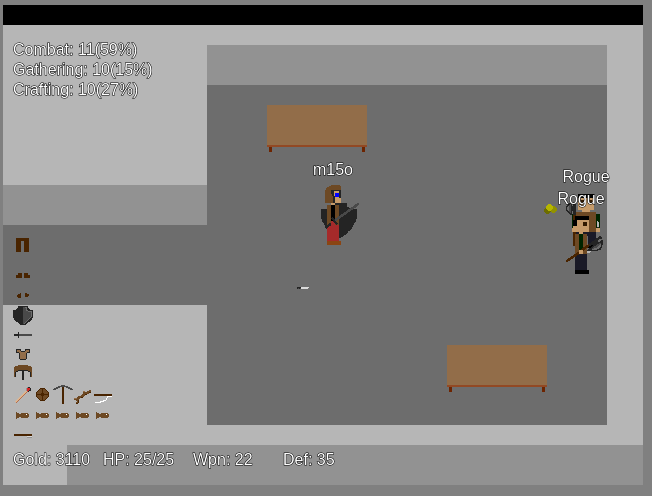 They have an axe that's quite powerful. There is a chance they drop it when you kill them. Once you have it, you can also use it to cut trees and get logs. With the logs and a match, you can light a fire that's useful for you to cook food and regain some health.

As you progress into the lair, you'll find a mining area and miners. You can get a pickaxe by killing them which allows you to mine iron. Your Gathering level needs to be a little advanced to get a better chance at successfully mining it. Iron lets you build powerful armor and weapon. 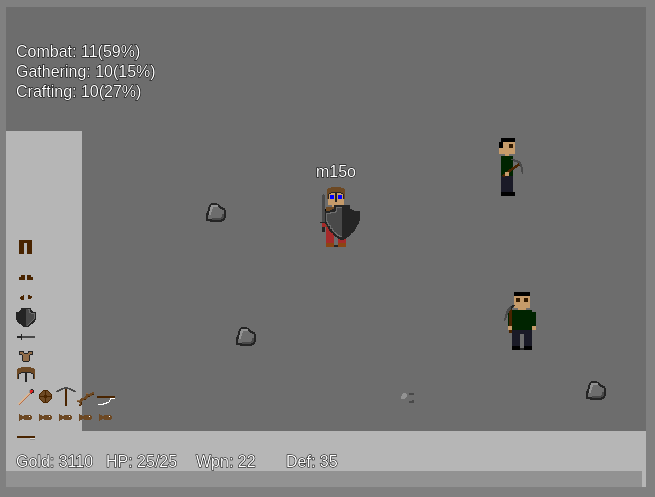 In terms of skills, there are currently three: Combat, Gathering and Crafting. Combat gives you health, make you hit harder and reduce damage inflicted by others. Gathering makes you more likely to collect items like wood, fish and ore. Crafting increase your chance of creating a fire, armor and weapon. At the moment, all skills are capped at 40.

Of course, things are more fun when you play with other people. It's possible to chat and to fight other players. While in game, it's possible to signup and claim a username. That allows all your progress to be saved automatically 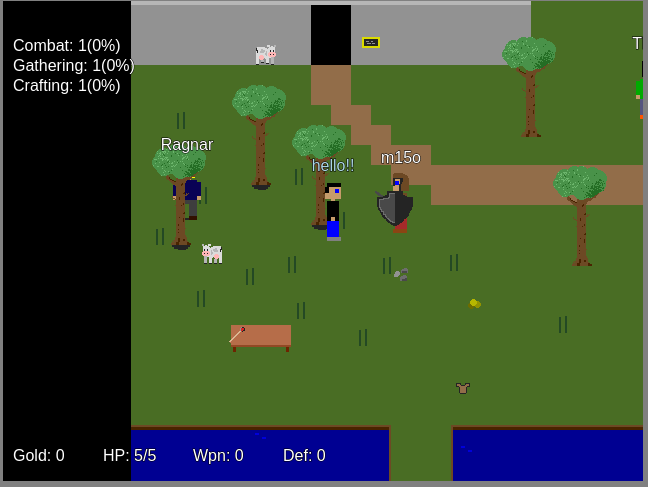 There we go! And while there's a infinite amount of things that I could add, I think I might just drop a link here shortly, if you are interested to test it with me. I'm sure there are various bugs around (hopefully not much).

Hope you enjoyed reading this and aren't too underwhelmed with my very basic art skills ;)